Learn about the mechanical and electrical construction of the Hermes dronoid.

List of available expansion modules for the Hermes dronoid.

Check in which applications the Hermes dronoid works best.

Photos and videos of the Hermes dronoid in action.

HERMES V8M, transport dronoid is a multi-rotor platform designed primarily to perform computerized automatic missions that can be carried out both during the day and at night and in difficult weather conditions.

The prototype of the structure is the Vector V8S dronoid by Spartaqs, from which the best solutions were taken and implemented for Heavy – Duty applications.

The use of 8 powerful motors and doubling the supply voltage compared to the base structure allowed to increase the working load of the platform to eight kilograms (up to 20 kg of take-off weight). Thanks to this, the dronoid is able to carry heavier and more perfect optoelectronic or measuring devices, unavailable for smaller structures.

Hermes has the redundancy of all necessary circuits. Powering this dronoid with two cells allows to generate significant instantaneous power, thanks to which the dronoid is stable also in adverse weather conditions and is suitable for heavy-duty work.

Additionally, Hermes V8M is equipped with a transport container, which can successfully transport medical gear and wound dressings and other loads in urban conditions or in hard-to-reach areas.

In peacetime, it can be used as an air transport (Hermes V8Mc – cargo dronoid) in the city as part of the U-space program (drones in the city and in the service of humans), and also as an air corridor of life that allows you to quickly reach the place and deliver the initial helping the injured in a random event. It can also carry blood, medical gear, samples and organs for transplant. It will be an invaluable help in finding missing people in difficult terrain, as well as in crowd management at gatherings or during rescue operations (the dronoid may have a megaphone installed).

Hermes can also be of assistance in times of armed conflict by transporting drugs, dressings and blood to difficult areas of operation, as well as measuring and communication devices. With the use of high-quality optical equipment with thermovision, Hermes can search for and track thermally active objects. It can perform its tasks in difficult weather and environmental conditions.

The Hermes transport dronoid is an innovative, 100% made in Poland solution that supports both civilian units operating in peacetime, as well as military units operating in times of conflict. A similar structure that is able to efficiently and quickly carry transport loads up to 8 kg is hard to find on the market today.

HERMES V8M was honored with an award in the category „Innovative product” at the awards ceremony Of the 6th edition of the “State Security Leader 2019 – Innovations for Security and Defense”competition, and was appreciated by experts appointed by the Institute of Industrial Design to the “Good Design 2019” competition, where it received a distinction and became “The finalist of the Good Design 2019 competition”.

Hermes V8MC (Cargo) is equipped with a removable shipping container which
can successfully transport medicines, blood, dressings and other loads in urban conditions or in hard-to-reach areas.

The use of 8, independent, high-power motors along with doubling the supply voltage of the dronoid allowed to increase the load capacity of the dronoid to 8 kg (up to 20 kg of take-off weight).

The construction of the Hermes dronoid is based on a rigid carbon-composite frame, created especially for this project, with a fixed “COBRA” arm system. The entire structure, made for the tasks of the “Heavy-Duty” class, will meet even the most demanding terrain and weather conditions.

Hermes has the redundancy of all necessary circuits.

Thanks to the use of 8 independent engines, it is able to land safely even in the worst case scenario.

Power supply from two independent sets of high-power batteries allows to obtain exceptionally high instantaneous power. This guarantees a stable flight even in the event of a sharp change in weather conditions.

Optionally, through the system:

This platform was created to transport of loads of various types. Thanks to the construction created from scratch inside Spartaqs company, it provides an exceptionally high range and high speed of flight, and the automated flight system allows work without the participation of an operator, even in difficult conditions.

Large loading possibilities ensure application not only in transport, but also in research, analytical and reconnaissance work. The dronoid allows you to work with an extremely extensive set of sensors or other specialized equipment.

A wide selection of expansion modules, including transport modules, enables safe and fast transport of special-purpose cargo, including medical equipment, blood samples or test tubes with material for laboratory analysis. The Hermes V8 platform allows for constant control and maintenance of transport conditions. 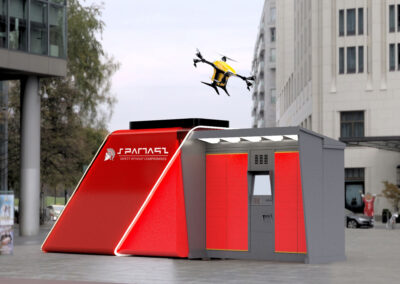 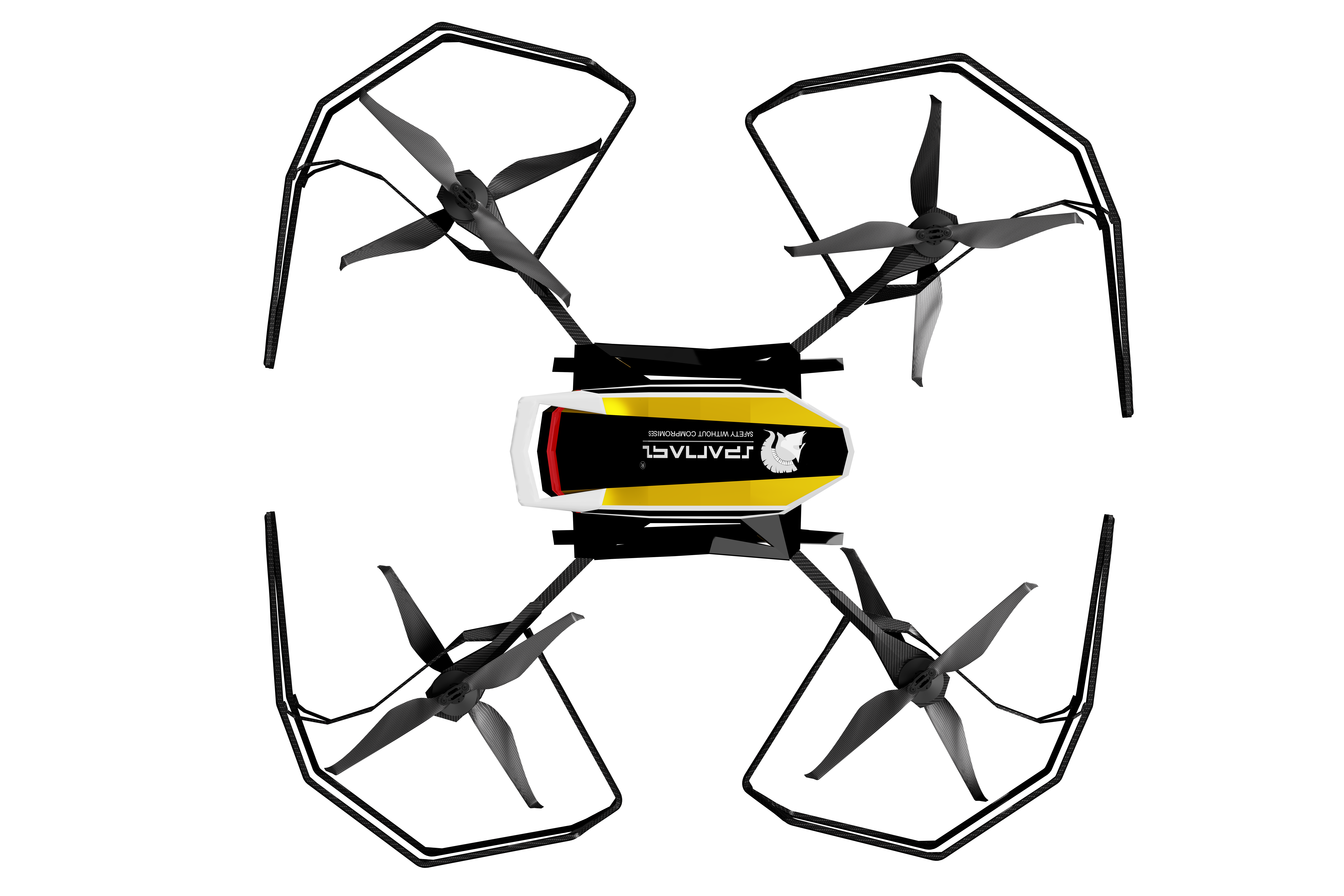 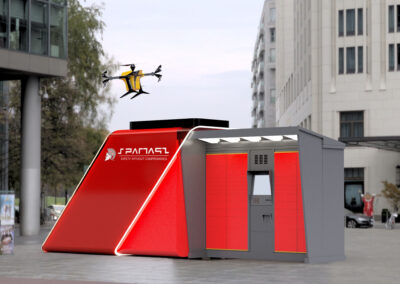 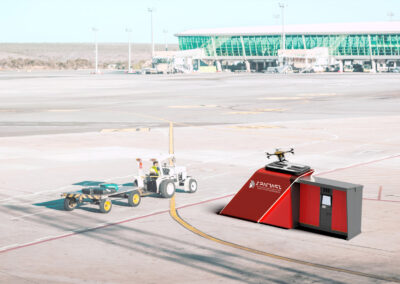 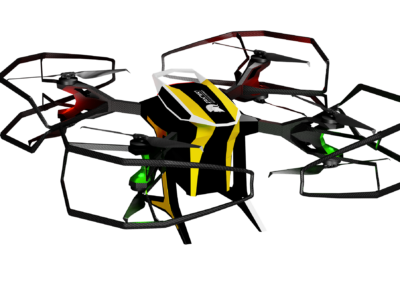