The Spartaqs expert team consists of designers and constructors with many years of experience in developing and implementing state-of-the-art technologies, with particular focus on unmanned systems. The company designs mechanical structures, software and electronics. It has proprietary solutions which allow to offer technology at a unique level on a global scale.

Spartaqs is distinguished by the fact that all projects and technological solutions are created from ground up by its own construction office. This applies particularly to key components such as: electronics, transmission and encryption protocols, flight autonomy algorithms, and other relevant components. This allows to perform tasks at a very high level. The company develops most systems based on materials and resources of domestic origin.

Spartaqs uses the motto:
‘SAFETY WITHOUT COMPROMISES’
In 2016, Spartaqs was the winner of the Innovation Award 2016 for innovative multitask drones at the Emirates & Europe Economic Forum. In the autumn of 2016, the company’s devices, for the first time, debuted at the Dubai International Fair and were presented to a wider audience. The company also obtained Made in Poland certification for the best Polish manufacturers.
In 2017, Spartaqs won the Polish Innovation Award 2017 in a program run by the Polish Agency for Enterprise and the editors of the Entrepreneurship Forum in ‘Prawna’ newspaper and Business Plus in ‘Wyborcza’ newspaper. Company received the award during the V Polish Congress of Entrepreneurship held in Zielona Góra.

Spartaqs systems and devices were established, inter alia, in close cooperation with the Carpathian Border Guard Support Center in Nowy Sącz. They were tested for many months under real operating conditions. Spartaqs technologies and projects are being consulted and developed in collaboration with scientific centers.

Spartaqs solutions have been also appreciated by such institutions as:

May 10-12, 2017 Spartaqs was invited to take part in the discussion ‘Drones – technology for people and economy’ which took place at the European Economic Congress in Katowice. At this prestigious event, which attracted over 8,000 visitors from all over Europe and the world, the company presented its vision
of the future of drones and their place in our daily lives. Spartaqs also proposed introducing a new category and naming for this type of automated device that could perform tasks without human intervention. Spartaqs used the name ‘DRONOIDS’ to define these devices which are in civil, professional use. This name is intended to distinguish professional devices from toys and any other amateur flying structures. 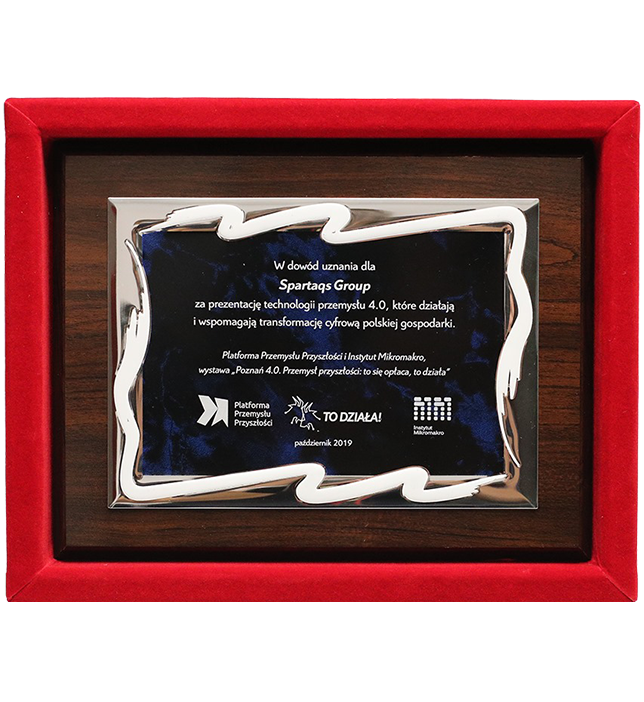 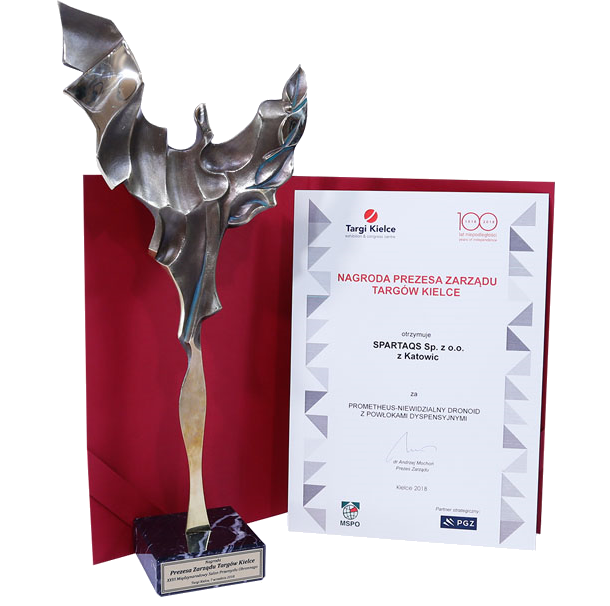 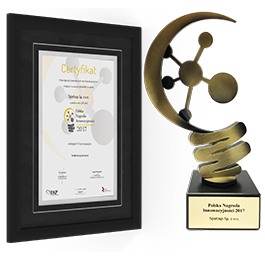 Certificate of participation in the BOR Holiday Show.