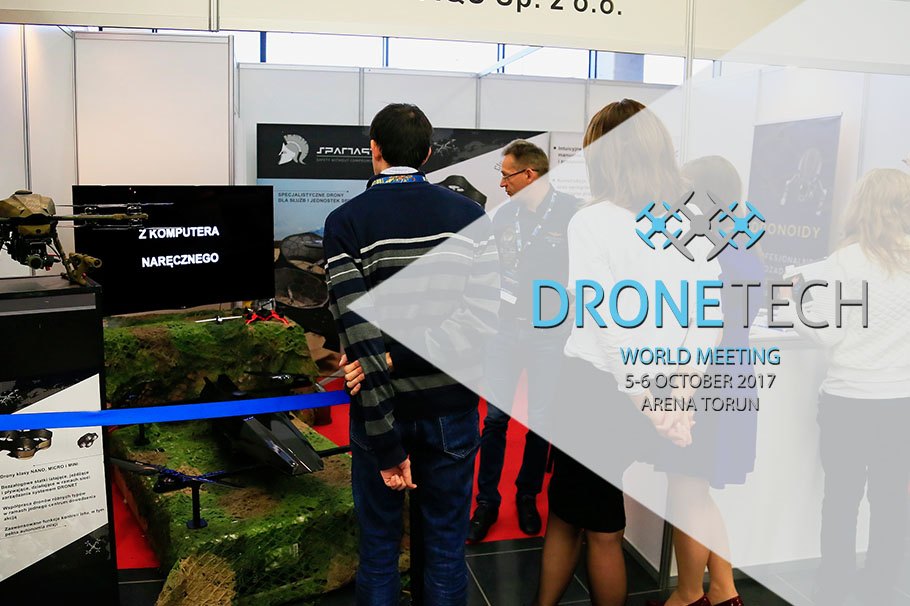 On October 5-6 , 2017, the Fair DroneTech 2nd Meeting was held in Toruń. The stand at which Spartaqs company presented its offer and technological potential enjoyed great interest of the visitors. Their special attention was attracted by the flagship product of the firm – Ares – dronoid which is entirely made of carbon fiber, designed mainly to quickly reach a designated place, distinguished by long working hours and performing heavy duty tasks in severe weather conditions.

One of the main company assumptions regarding the DroneTech fair in Toruń – apart from the possibility of exchanging mutual experiences in the field of unmanned vehicles – was the opportunity to promote the company, establish contacts, enter into cooperation and create new projects in the aim of further deepening and developing the dronoid market in Poland. In the conference part of the fair, there were interesting lectures which addressed significant legal problems, as well as those related to the safety of flights and the very service of unmanned aircraft.

The DroneTech fair was graced with the presence of Mrs. Jadwiga Emilewicz – Undersecretary of State in the Ministry of Development, who visited the Spartaqs stand and expressed interest in the company’s projects.

The report from the whole event, as well as the interview with the Main Constructor and Owner of the Spartaqs company, Mr. Sławomir Huczała, was conducted by Mr. Wiktor Strumnik – a journalist of the Polish Radio PiK.